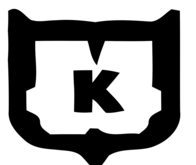 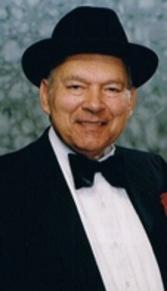 Rabbi Jack Goldman, of Blessed Memory, was born in the Bronx, New York in March, 1933.  He was orphaned as a young boy and his mother raised him and his older brother on her own, on the rough streets of New York.  Mrs. Goldman was a pious woman and made sure, despite her dire circumstances, that her boys went to a Yeshiva, a private Jewish school, so they could grow up and continue the family’s Orthodox tradition.

Jack Goldman showed extreme promise at a very young age.  He left behind a diary from his youth; almost all of the entries from age 13 are written in French.  He was a stellar student with outstanding people and language skills and a prodigious memory.  He excelled in secular and religious subjects.  He graduated high school at the age of 16; by the age of 25, he had graduated college and had obtained rabbinic ordination from Rabbi Dr. Joseph B. Soloveitchik, one of the most esteemed Jewish scholars of that era.

Rabbi Goldman’s career began as a pulpit rabbi in the Eastern and Southern United States; he had congregations Philipsburg, PA, Jacksonville, FL, and Memphis, TN among others.  In small towns in the 1950s, Rabbi Goldman was disturbed that the local kosher consumer had to simply do without.  Kosher food was broadly available in areas with a larger concentration of Jewish residents but in the outlying areas, the choices were slim.  He began his quest to make kosher food widely available.  It began with cottage cheese, pickles and potato chips (not all together, thank you).  Rabbi Goldman maintained his kosher supervisions as he relocated through the years.  By the time he settled in Michigan, he had many companies around the country under his supervision.  In 1979, he founded the Metropolitan Kashruth Council of Michigan.

For decades to follow, the Metropolitan Kashruth Council continued to flourish, offering the community the highest quality foods, snacks and beverages at ordinary market prices.  As the council grew, Rabbi Goldman hired various rabbis to assist him with the monitoring of the supervised facilities.  Always sensitive to the needs of the “little guy,” Rabbi Goldman was careful not to allow the Council’s fees for certification interfere with a client’s business profitability.   The business community appreciated this gesture, causing the Council to grow by word of mouth alone.  Today, the Council supervises thousands of products; one can hardly visit a supermarket where none Council supervised products are sold.

Rabbi Goldman passed away on October 25, 2009 at the age of 76.  But his legacy lives on.  The Metropolitan Kashruth Council is stronger than ever, with state of the art technology monitoring all aspects of communication, currency of supervision and accounts.  Please call or email us today!